Back in 2016, I had an argument with my dear friend Dave “Mudcat” Saunders, Democratic strategist and human divining rod of the hillbilly psyche. I questioned (yelled) why so many people were supporting Donald Trump despite his racism and sexism. He explained, “They think our party is a bunch of hypocrites. While the far left of the party actively pursues social justice for race and gender, they actively bash and ridicule social justice for those based on religion, education, and culture.” Over the years since, I have come to realize how tragically right he is.

Just this month, two seemingly insignificant arguments broke out in the Twitterverse. In both cases, we, the Left, were certain we came out on top. One had to do with Dr. Jill Biden’s use of the title of “doctor.” The other had to do with Charlie Kirk and the population of counties. As we congratulate ourselves on our cleverness, the Right scores another victory in the latest culture war. I will explain exactly how they pulled off these tactical victories, but first, what culture war?

There has been much talk about the education gap, how voters are moving in the direction of polarization based on level of education. Democrats are gaining among voters with college degrees, while Republicans are gaining among voters without degrees. Some Democrats think this is great. After all, we won the Presidential election with an increase in educated suburban voters, combined with our usual coalition of Black and Hispanic voters and a strong performance from young people. The “Demographics is Destiny” crowd sees this as a sign that all is well. We are cruising our way to demographic dominance.

We make a critical mistake in taking for granted the high percentages of votes received from Black and Hispanic communities. Taking people for granted and assuming they will vote their demographics is insulting, reductive and strategically fatal. While Democratic performance in communities of color is still extremely high, the trends are going in the wrong direction. Just looking at these maps strikes terror into my Democratic heart.

Democrats constantly argue over whether more resources should be put into “base mobilization” or “outreach to rural voters”. What if this is the wrong question? What if Black and Hispanic working-class voters are fed up with us for the same reasons rural white voters are?

That reason might be our failure to talk about their biggest problems: that an economy in which only the “learning class” thrives is one that inevitably leaves an enormous number of people behind, namely, Black, White and Hispanic working classes, and that a college education is not a viable solution for everyone. Not only are the skills valued in our economy distributed by a roll of the genetic dice, but the circumstances that allow children to develop those skills are often unavailable to working class families of every color.

What if Black and Hispanic working-class voters are fed up with us for the same reasons rural white voters are?

Many on the Left still believe that education is the solution to everything. Like Rahm Emanuel says, if you have lost your service job, just learn to code. This attitude is the root of the latest “culture war” inflicted on the Left by the Right, and I say inflicted, because the Left is usually unaware that they are in a war until they find themselves being beaten.

If this attitude were confined to economic naivete, we might not have left ourselves open to attack. Unfortunately, it goes far beyond that. As I browse social media, I am astounded by the frequency by which otherwise perfectly nice people on the Left insult people on the Right by attacking their intelligence. We call them ignorant and stupid. We point out their misspelled words as if to say, “Your feelings are invalid and I don’t even have to bother engaging with your argument, because you are poorly educated.” Even when we don’t insult people outright, we insist on trying to “educate” them rather than connecting with what they already know and feel.

Many of us believe, consciously or unconsciously, that those who are well educated and meet our standards for cultural sophistication are “better” than those who do not. We don’t even try to hide it. Trump claims to hear their pain, but then dishes it out to the global corporate elite. We insult people and then wonder why they don’t like us.

We will continue to hemorrhage working class support as long as we keep providing conservatives with fuel to label us as elites in their culture war.

The conservative Right control the agenda of the public debate by 1. saying things that are blatantly offensive or demonstrably false and 2. proposing laws that are offensive and clearly unconstitutional.

We’re the Libs. They trigger us. We respond – giving oxygen to their dumpster fire.

The conservative Right control the agenda of the public debate by 1. saying things that are blatantly offensive or demonstrably false and 2. proposing laws that are offensive and clearly unconstitutional.

We’re the Libs. They trigger us. We respond – giving oxygen to their dumpster fire.

We can’t resist correcting people who are wrong or calling out people who are racist or sexist, and they know it. We get triggered and spend the rest of the day, week, year or decade using up 100% of our media real estate pointing out what horrible people they are, giving them 100% of the public’s neurological air time. Meanwhile the things we really need people to know, like what we believe and what we think is important, get absolutely zero brain-share. Trump runs this play on us every day, and we fall for it every single time.

The Right’s number one goal right now, is to get working class people to believe that we think we’re better than they are because we think we’re smarter and better educated. Their mission is to keep the portrayal of us as educational elites front and center in the public debate.

So how did we get totally “owned” in the media this month by a couple of jerks named Charlie Kirk and Joseph Epstein?

The other day, Charlie Kirk, prominent purveyor of Right-wing nonsense, was getting some bad press over a party he threw in Florida. No masks of course, but plenty of strippers shooting money out of cannons into the crowd. Not good. What did he do? Defend his decisions? Nope. He threw out this little doozy:

As far as conspiratorial nonsense goes, this suggestion that the numbers don’t add up might seem plausible. Truth be told, a lot of people don’t give much thought to county population discrepancies. It is just the kind of iffy fuel that keeps conspiracies alive.

We, the Left, assumed that Charlie Kirk doesn’t know that counties come in different sizes, when we should have assumed that he does know and that he said it anyway for a reason. We re-tweeted this more than 5,000 times, making it “trend” on Twitter. Virtually all comments consisted of various ways of making fun of Charlie Kirk’s supposed ignorance.

Our actions drove the massive distribution of Kirk’s original message plus the message that we take enormous delight in mocking and disdaining people who might not know that U.S. counties have disparate populations. That “stupid” Charlie Kirk played us like a fiddle.

What does this have to do with Joseph Epstein’s Op-ed about Dr. Jill Biden? Did Epstein do it intentionally or did he just luck out by doing something so offensive it caused the entirety of the American Left to spend a week defending the rights of women with doctoral degrees to be referred to as Doctor.

Joseph Epstein was clearly wrong. But, if we had been given the choice of what to do with our share of the American mind for a week and a half, would this have been our top choice? Not a chance.

We don’t pick our battles. Vaccines are being approved, our president is trying to engineer a coup and we’re still negotiating an economic rescue bill. What are we Lefties spending our time talking about? How hard it is to write a decent doctoral thesis. They got us to keep the issue of educational elitism front and center of the public debate for yet another week.

This is how the conservative right wages culture wars. This is how Donald Trump controls the media agenda. They bait. We jump. Every time.

What could we do differently?

Ignore Charlie Kirk. Ignore every right-wing conservative. Every time you comment on or re-tweet or share a post to your Facebook group, you are giving them control of the agenda. They are going to say blatantly false, offensive and unconstitutional things. We don’t have to respond.

The best strategy is to starve their messages of oxygen and use your media real-estate to talk about what you think is important.

Changing behavior is hard. Learning how to not get triggered by right wing manipulation isn’t going to be easy. Figuring out how to set our own agenda will be harder still. But there is something we can do right now.

Every time you feel the urge to insult someone’s spelling or mock their stupidity or ignorance, even Donald Trump’s, think twice. Think about what message it sends to people about who we are and what we think is important.

We truly care what happens to people. Not everyone is an “A” student. Parents love their “C’ student kids just as much and need them to succeed too. We want to build an economy with a wide variety of jobs that provide dignity and a decent wage, so we can meet the needs of the wide variety of people we have in our society, including those who are better with people than books or those who are better with cars than with computers.

We are the Party of the working class. Let’s stop taking the bait and spend more time showing people that side of ourselves. 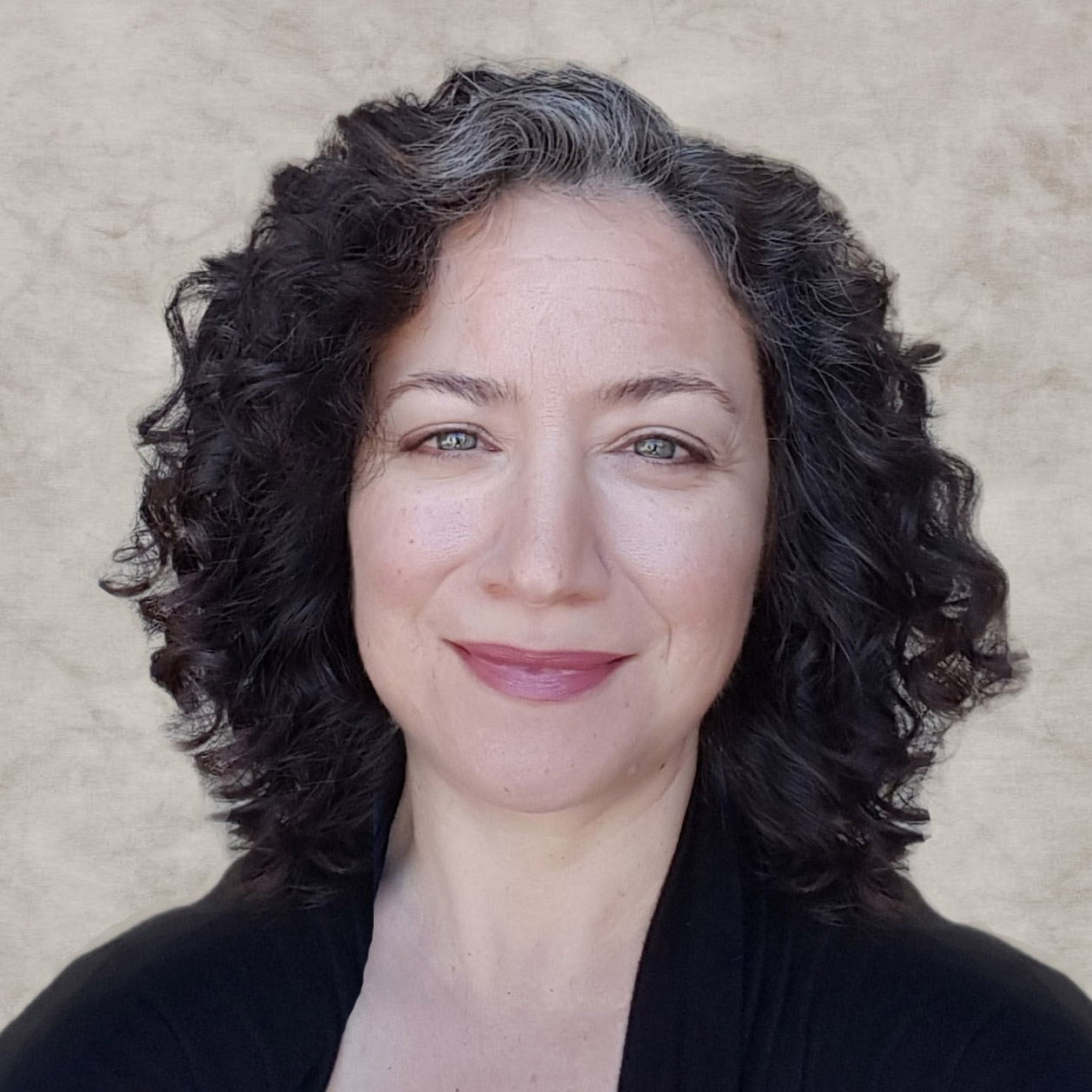 The first rule of framing is:
"Communicate what you want people to understand in terms of something they already understand."

Don't educate, connect. If you are using a term or terms that need to be explained, you aren't communicating effectively.

The Science of Messaging: Take back the public debate with strategic framing.